THAI was one of the last few major carriers operating the Boeing 777-200 (non ER) and it was only a question of time until their retirement would come true. Mid of March THAI announced to withdraw several aircrafts from service due to the Covid-19 situation. I took an opportunity and decided to pick two flights with their 772 on their last day of operation and I booked a Bangkok – Phuket – Bangkok domestic flight, both scheduled with 772. I have flown the entire TG 772 fleet with the exception of HS-TJA and HS-TJB. Guess it was my lucky days as both flights where operated by one of those two aircrafts. So I was able to “log” the entire 772 non ER fleet on their last day operating.

HS-TJA at the gate at Bangkok Suvarnabhumi.

Parked aircrafts due to Covid-19, a sad sight.

Boarding HS-TJA at Bangkok Suvarnabhumi through the front door.

The new norm for flying. Everyone had to wear a mask already in March 2020. They crew provided alcohol gel and social distancing was practiced.

Royal Silk Class meal for the breakfast service on this short flight of around 1 hour. Their breakfast on domestic flights in business class it always quite pleasant.

Approach into Phuket (HKT). Koh Yao Yai in Phang-nga province. I always enjoy sitting on the left side of the plane when landing on Runway 27. It give you a great view over Phang-nga bay.

HS-TJB at the gate in Phuket (HKT) during boarding.

Royal Silk Class meal on the return flight from Phuket to Bangkok. It seemed to be fusion Spaghetti with some Green Curry sauce. It was ok for a domestic flight. 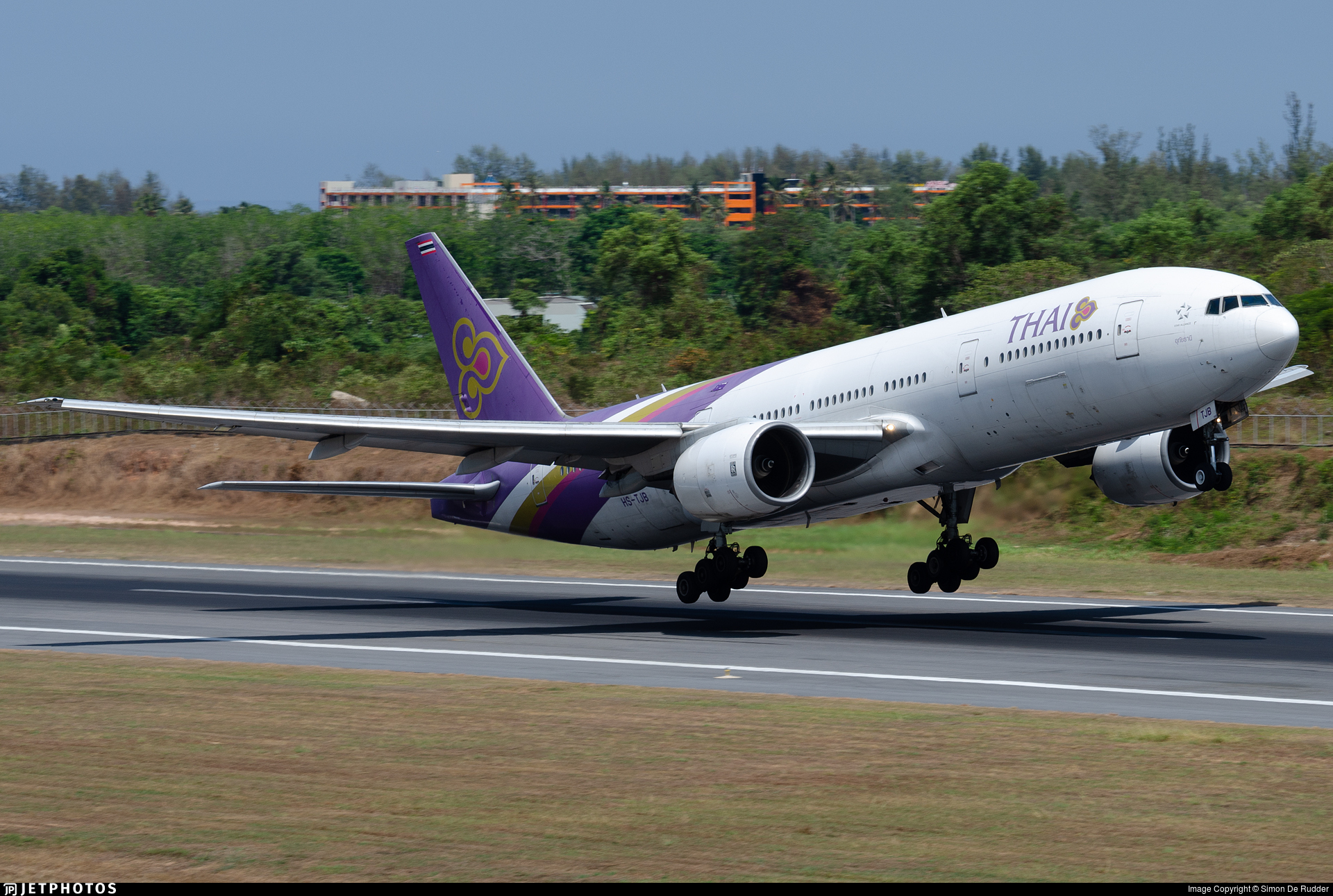 “My” plane taking off back to Bangkok. Picture with courtesy of Simon De Rudder on JetPhotos.

I have also realised that in some countries Klook is the best option to book services such as rental cars, SIM cards and much more.